﻿﻿﻿
1st v 3rd encounter - and the result was probably just what 2nd placed Borrowash Vics wanted - they closed the gap at the top to two points after their 5-1 victory over Blackwell.
A bumper crowd of 308 were in attendance, most of them seemingly from Gresley - what a great, loyal following they have!  We even had Kev's son and heir, Dale accompanying us - his first visit to the Town Ground and he was quite impressed with both the set up and the football on display. 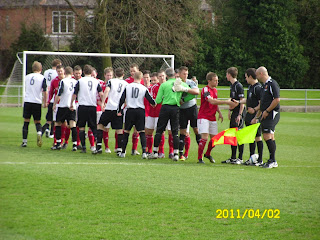 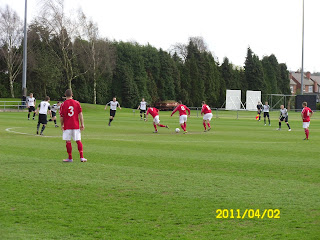 
Both teams appreared to be well matched, but on reflection I reckon a full strength Heanor team might have just nicked it. Out for this game were keeper Mark Frost who is serving the final game of a two match suspension, right back James Whitehead and striker Dan Williams, who are both injured. With 30 minutes of the first half gone, they were joined on the sick list by Adam Kay who was clattered while clearing a Gresley attack, and Nathan Benger who seemed to have pulled a hamstring. 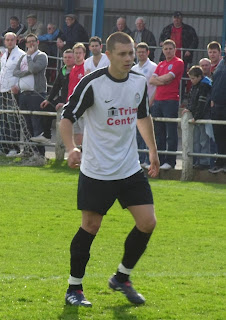 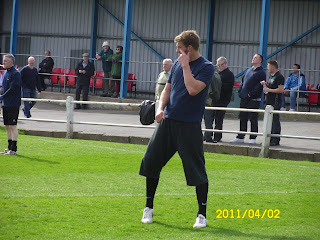 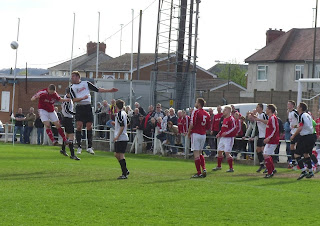 
Lee Stevenson was standing in for Whitehead, but as Kay left the field, he was switched to the centre of the defence. Stevenson, along with Brett Peel worked their socks off to keep Gresley out, and in the second period when Gresley's star man Brian Woodall turned on the style big-time, they were magnificent. 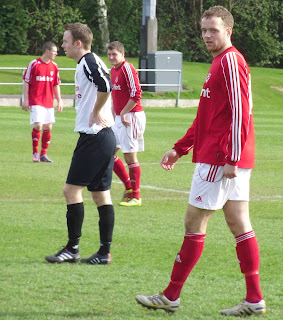 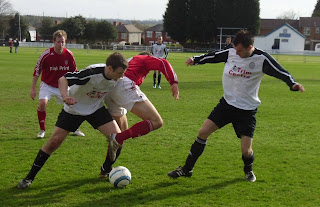 On 49, Gresley keeper Gary Hately was almost made to pay for dropping the ball at the feet of Heanor no. 11 Lee Askham, but the winger miscued horribly and his shot went into the trees at the back of the goal.


Peel headed just over after 53  minutes after he had connected well with Hodgson's long throw, but it was at the back that Peel excelled, heading away cross after cross as the visitors upped the pressure after dropping Woodall a bit deeper, giving him chance to run at the Lions defence time and time again.  There will be match reports on the Gresley and Heanor sites - I was too busy watching the game to take a copious amount on notes.....F-T 0-0
Admission £5
Programme - none left, but Frosty gave me his
Attendance 308
Tuesday -- Heanor again, this time away at Gedling MW ....looking forward it!