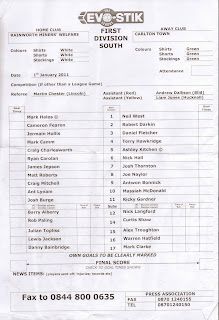 At the start of the game, it was 2nd v 20th -- should have been a bit of gulf in class you would have thought. Not so - Rainworth deserved their point, - and after twice going behind showed a heck of a lot of character and never gave up.

"Dudsey" stuck a fiver in my hand - yet another donation to APTCOO - many thanks my friend. I must say again that I never ask for donations, and never will - the fact that people are prepared to help from the goodness of their heart, fair warms the cockles !! And at this game they needed warming - it was a freezing afternoon!


Had a chat to Mr. Notts F.A. John Waterall, then Blidworth's Brett Marshall and Dave Bramwell said hi -- we will be seeing them again on Monday.....and Wednesday apparently - they have a friendly lined up v AFC Hucknall. He told me this is an excercise to give some of his fringe squad players a game, after the lack of competitive games in December. Hope the pitch can stand two games in three days. 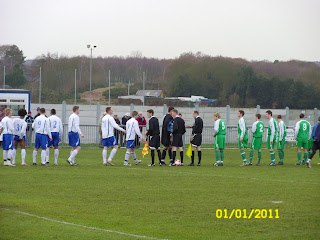 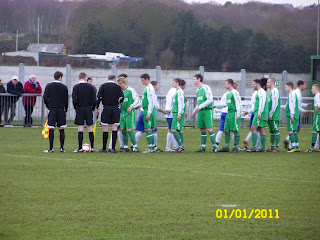 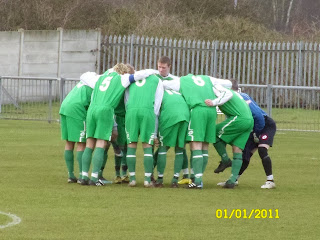 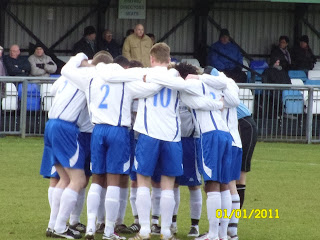 Craig Charlesworth was lucky after 5 minutes - he was inches away from scoring an OG, but somehow managed to steer the ball just wide of the post. Carton took the lead on 12 when ASHLEY KITCHEN met Ricky Gardner's well place free-kick. The defending could have been better, but the actual ball in was superb. 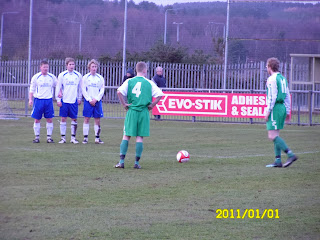 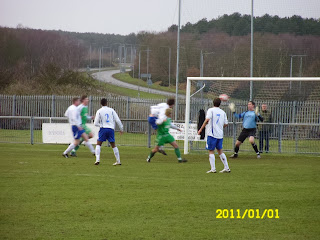 Carolan tried his luck with a volley from 18 yards after 17 minutes, forcing Neil West to tip over. Two minutes later, Gardner should have increased the Millers' lead, but fired wide after good approach play by Antwon Bonnick and Massiah McDonald.
Craig Mitchell was guilty on numerous occasions of running off-side, but on 30 he collected the ball 20 odd yards from goal and let loose a fierce drive that flew just past the post. H-T 0-1
Had a wander round the ground at half-time to try and get warm - it was a bitterly cold afternoon - and tried to get my BlackBerry to connect to the Internet. Failed miserably, and I have to admit that this phone has been a bit disappointing as far as the Internet connection goes - it's so slow it takes me back to when I had a 56k dial-up .. click and go and make a cup of tea while you wait to get connected!! Good old days......
The second half was only 5 minutes old when Rainworth levelled through JERMAINE HOLLIS - a cracking shot from the edge of the box after West had failed to collect a left wing cross. Gardner tried his luck from range after 54, but his shot clipped the outside of the post with Hales well beaten.
Carlton re-took the lead on 67 - another set piece, another goal-keeping error. The set piece was fired into the box by Curtis Shaw, and Hales looked favourite to collect. The keeper appeared to misjudge the flight and failed to collect - allowing former Wren JOE NAYLOR to sneak in at the far post to nod home.
Carlton powered forward looking to put the game to bed, but despite conceeding umpteem free-kicks, Rainworth held on resolutely - with new signing Mark Camm an inspiration.
Referee Martin Chester allocated 4 minutes of time to be added on, and in the 3rd of those 4 minutes, he awarded the home team a penalty after a Carlton player was adjudged to have handled in the box. ANT LYNAM showed no signs of pressure as he ran up and smashed the ball past West to give the Wrens a point that moved them up to 19th in the table. F-T 2-2
Admission £6
Attendance 134
Programme + team sheet £1.50 Monday - Blidworth v Southwell
Posted by Malc at 18:13