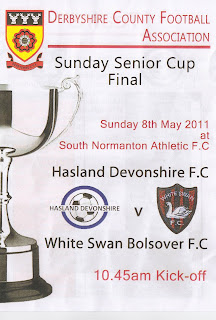 Played at the Lees Lane home of South Normanton Athletic.

Invited to attend this game by White Swan skipper Ben Newman.  Ben had recently contributed the the APTCOO fund, and this visit was a sort of thank you to him.  Had a half-hour in Jamie Renshaw's company as well, another APTCOO contributor.

A few of the White Swan team were in action on for Pinxton on Saturday - James Senior and Liam Collins,  along with Ben and Matin Newman.  Ant Lynam started up top for Hasland - and with Asa Ingall, Lee Clay and Dale Crowder also in their line up, it was easy to see why they were strong favourites to win this encounter. 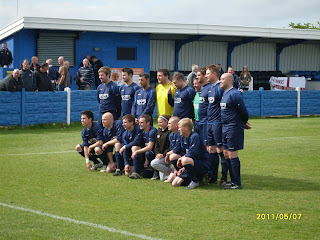 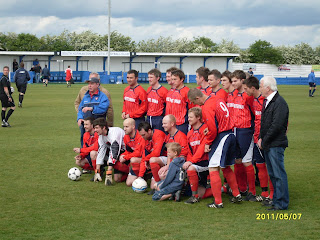 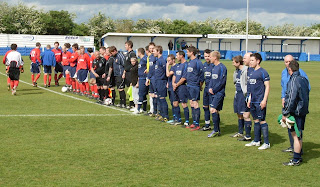 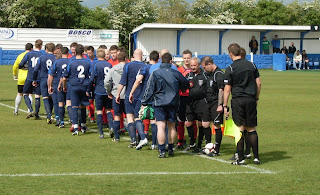 With Kev feeling a bit off, I was on my own again, but with fellow hoppers Chris and John as company,  I wasn't exactly "Billy - No-mates" on this occasion.


The game was far from a classic, but Hasland were creating the better chances early on, so when Swan went ahead on 12 it was totally against the run of play. Senior tried a shot from an acute angle running in from the left, and although the effort was missing the goal by a fair distance, STEVE JOHNSON was alert enough in the 6 yard box to prod past Jason Gough in the Hasland goal.

The lead lasted only 3 minutes though - and you had to feel for Swan keeper Sam Ward who did well to block a shot fired in from the left - but DANNY KIRKLAND was quickest to react in the 6 yard area and swept home at the far stick.

Hasland pressed hard, but a combination of good defending and last ditch clearances by the Swan, kept things level. The scores stayed level until the 43rd minute when NEIL ASHLEY ran in from the left and unleashed a 25 yard screamer that was past Gough before he could react.  H-T 1-2

The second half was played more or less in White Swan's half, and Ward had to be alert on several occasions as the Hasland front line pressed for the equaliser. It never came though, and White Swan duly collected the Sunday Senior cup ..... F-T 1-2 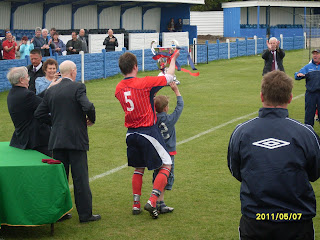 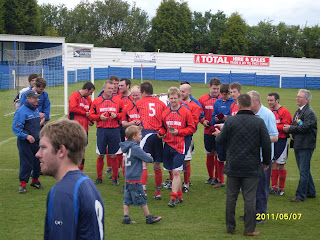