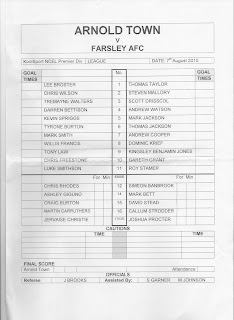 
Life in the NCEL Premier Division began with a bang for Farsley, but Arnold can take heart from the fact that they still managed to keep going right until the final whistle, when due to two sendings off and an injury they were down to eight men. 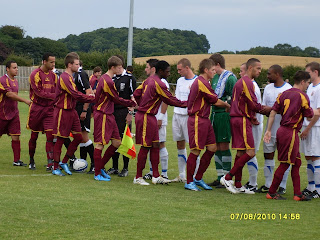 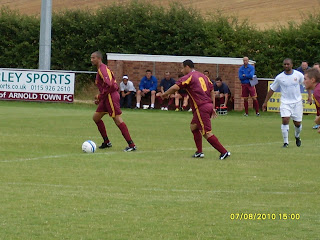 Not going to to too detailed a match report otherwise I will stil be typing at midnight! Thanks to the very polite lady steward for obtaining a team sheet for me - turned out it was needed as there were no PA announcements throughout the game. I have to mention the Referee who was one of the most card happy official I have ever seen.....he dished out umpteem yellows and two reds in a game that had only a couple of really bad challenges. Farsley looked a powerful team, and in Kingsley Benjamin-Jones and Gareth Grant they have a battering ram front pairing.

Kev Spriggs was shown a yellow as early as the fifth minute for a challenge that was worth nothing other than a quiet word from the Ref. After 10 minutes play it was Benjamin-Jones who laid on the first goal for the visitors, battling his was into the box before handing a tap in to ANDY COOPER at the near post. 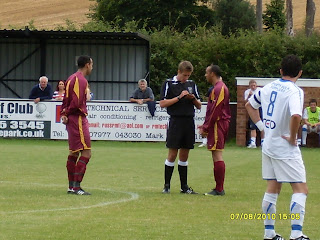 Kevin Spriggs gets an early yellow

Krief was booked on 21 for a poor challenge when again, a talking to would maybe have been sufficient. Mr Brooks then decided a tackle from Spriggs was worthy of a second yellow, and the central defender was dismissed from the field of play on 25. The Ref had to call on the Arnold physio to take a look at Darren Bettisons leg – the injury sustained in the same incident that saw Spriggs punished. Bettison had to go to hospital to have his wounds looked at, and he was replaced by Chris Rhodes. 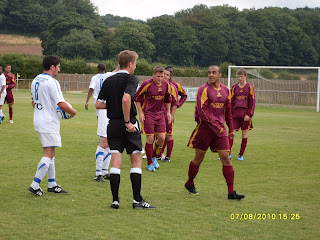 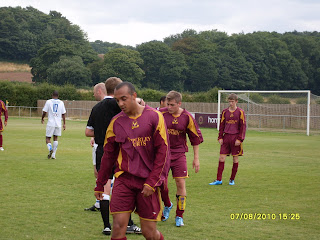 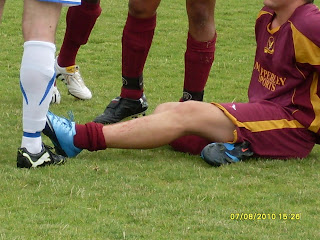 Willis Francis was the next player to receive a yellow on 31, again a nothing challenge, although the Ref thought differently. We had to move to the Main Stand soon after as the rain came down and it became difficult to take both notes and pictures.

We were just settled when Arnold levelled on 34. TREMAINE WALTERS made a run down the left and fired the ball goalwards from 30 yards. To his surprise and to our amazement, the ball looped over young keeper Taylor and ended up in the back of the net.

The Eagles were only level for three minutes though, because Roy Stamer was allowed to run into the box and pick out GARETH GRANT. The striker sold Broster one leaving him in a heap on the ground, before slotting into an empty net. 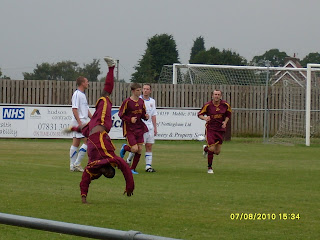 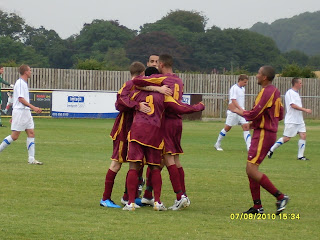 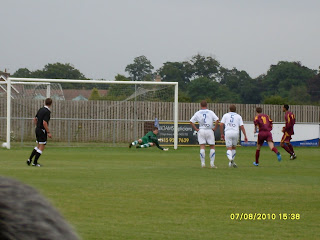 Arnold stormed back up field from the restart and were awarded a penalty after Mallory was adjudged to have handled in a tussle with Smithson. TONY LAW placed his spot-kick to the keepers right while he was diving left. End to end stuff, and Farsley quickly ended the Arnold celebrations.

A corner from the left was headed at goal by Mallory, but the effort was blocked on the line – the loose ball was seized upon by big centre-back MARK JACKSON who fired it ruthlessly into the back of the net. Just before the break, GRANT beat the Arnold shaky offside trap and raced at goal, rounding Broster to increase the visitors lead. H-T 2-4 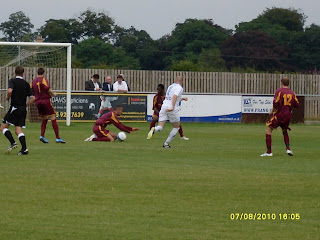 Farsley could have been awarded a penalty of their own just a few seconds into the second period when what appeared to be a handball was missed by the Ref and the visiting players alike! 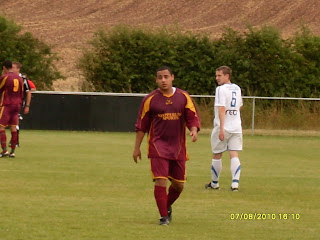 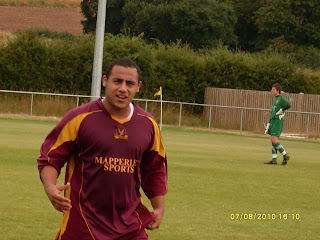 Willis Francis became the second yellow to see red in the 50th minute – a mistimed tackle that was not dirty or malicious – but Mr. Brooks had the yellow and then the red cards out in a flash and Francis had to go.
Farsley went further ahead on 65 when sub DAVE STEAD raced into the box and slotted under Broster. Ten minutes later Mark Bett raced down the left and crossed to the far post where STEAD was waiting unmarked to head home. DOMINIC KRIEF added the visitors seventh on 79 after being played in by Stamer.
Worse was to follow for the Eagles who by this time were down to eight men! All subs had been played and Chris Rhodes was unable to continue, and when a long ball was sent over the top of the back-line, THOMAS JACKSON latched onto it and lashed it past the bemused Broster. F-T 2-8 Click here for more images
Attendance 114
Admission £5
Programme £1.20 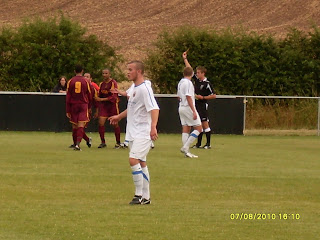