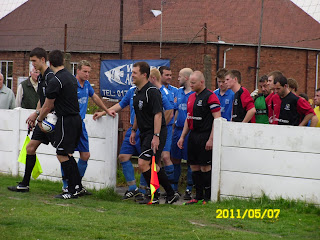 Eagerly awaited CML Supreme Division clash betwee two of the league top teams. Blidworth needed to win this game to ensure they will go to Sheffield Parramore next Saturday just needing a point to win the title. Any other result would see then going to the Don Valley needing to win. 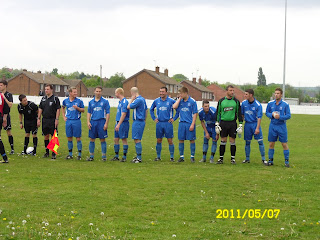 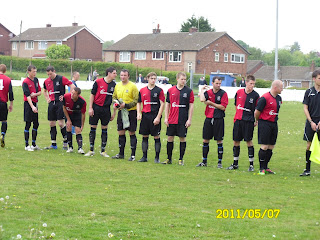 It was a fairly low key first 20 minutes or so, a period where the teams were trying to adapt to playing in a field of dandelions. Carl Haslam did have a header that made Pinxton keeper Dave McCarthy tip over, but we had to wait until the 23rd minute for the first goal.
The Pinxton off-side trap was sprung by SIMON ELLISON who raced through and calmly chipped McCarthy from 20 yards. The ball bounced down off the underside of the bar, but ended up in the net giving Blidworth the lead.
Pinxton upped their game after conceding, and were deservedly on terms on the half-hour mark. A superb, deep cross from the left by Jamie Renshaw picked out JAY COOPER at the far post who had the simple task of nodding past Jason Fisher in the visitors’ goal. 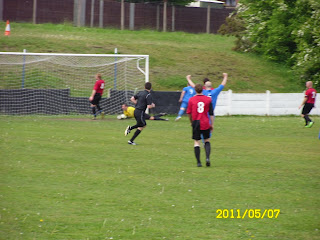 McCarthy had to be alert after 35 minutes,  tipping over a powerful Haslam header, but the pacy winger was on the scoresheet 5 minutes later – Ellison going the donkey work before laying the ball into the path of CARL HASLAM who made no mistake from 10 yards. 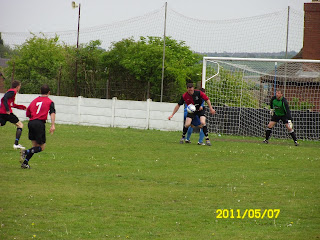 The lead lasted barely 4 minutes though as BLAKE VINCENT rifled home after Brady had spotted him in space on the edge of the box. 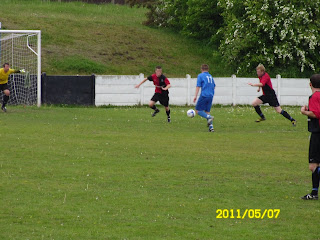 The game turned a little nasty in first half stoppage time. Pinxton’s skipper Fraser Thomas challenged for the ball with Rickie Chambers, but missed his kick and bundled the Blidworth player over.  Chambers saw the red mist and lashed out at Thomas. Then Renshaw got involved – then Simon Ellison also made his presence known,  it then became a mass brawl as other players raced in. Joe Riley apparently struck out at one of the Blidworth players and when Referee Nick Hopton had quietened things down a little, Chambers and Riley were both dismissed.  H-T 2-2 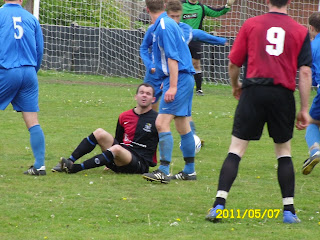 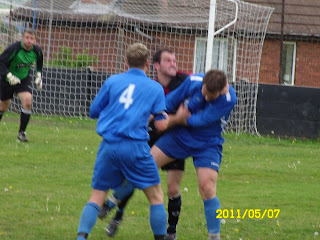 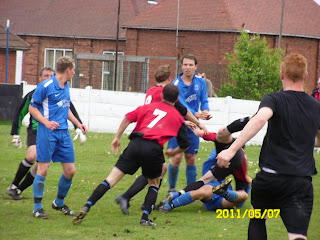 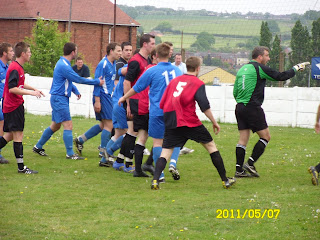 The second half began slightly subdued, and it took a while for the players to get back into their rhythm. Pinxton were the first to get their game going and on 65, Josh Parker fired a ball in from the right that James Senior headed just wide. Cooper then had an effort well saved by Fisher, and seconds later Brady forced Fisher to tip over a fierce drive.
Steve Carty had the ball in the net on 79 for Blidworth, but had strayed off-side and the effort was ruled out. It was the visitors who left the Welfare Ground with all the points though, and the goal was worthy of winning any game.
We had just entered the 1st minute of added time when CARL HASLAM received the ball with his back to goal and turned into the box. He controlled superbly, beating both Parker and Thomas before firing past McCarthy. Superb goal, although Haslam may regret removing his shirt in celebration as Mr. Hopton went by the rules and booked him! F-T 2-3 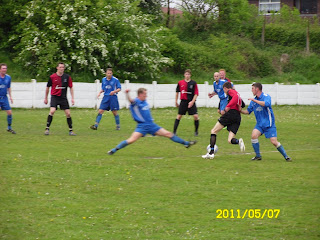 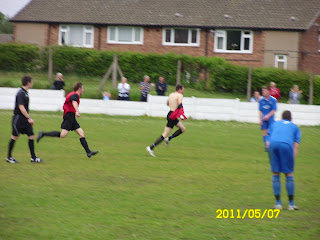 Cracking game – best we have seen for a while …
More cash received for APTCOO – thank you Sue Goodman ( Mrs. Kev), and to neighbour Nathan Smith for your contributions.
Sue has had to put up with a lot this season – we have taken in so many games it’s a wonder that she is still on friendly terms with either of us!!
Admission £2
Programme – sold out
H/C 60+
Posted by Malc at 19:21