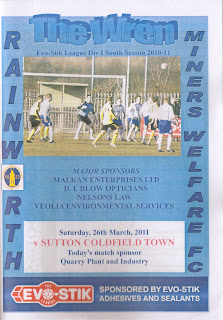 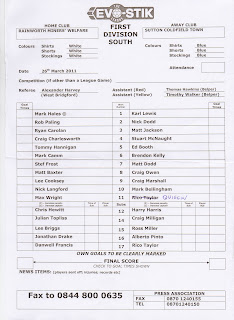 The first of two games in one afternoon - wonderful for my old legs! With Kev having a relaxing "pamper" day - an anniversary present from their children, I was looking to take in an early game, along with a regular 3ppm kick off. I was pondering going to Field Mill to see the Stags entertain Kiddy Harriers, but thought better of that when I noticed that Rainworth were kicking off at 1pm, and very near neighbours Blidworth at 3pm. The Rainworth game was poorly attended, only 81 at Kirklington Road - mind you it was bitterly cold - and according to Gordon Foster the early kick off hadn't been published in the local papers. 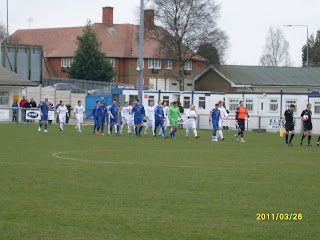 Here we go....
I took a few pics, but very few notes - the game was a bit dull to be quite honest. Rainworth took the lead from the spot on 34 minutes. Very much against the run of play, but a clear hand ball in the box - MATT BAXTER fired home convincingly from 18 yards. H-T 1-0 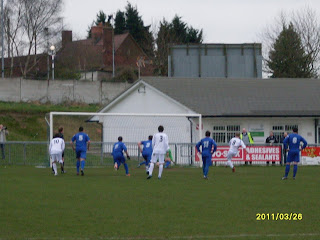 Matt Baxter makes no mistake from the spot Went to the T-Bar at the break, and bumped into the Wrens' blogger "Dudsey". His "Wrens Reach The Sky" blog is always worth reading. Out into the cold, and withing four minutes of the restart, Sutton Coldfield were on level terms, defender Craig Charlesworth allowing striker CRAIG MARSHALL time to turn and slot across Hales and into the back of the net. 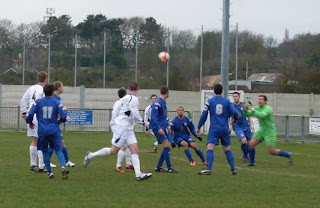 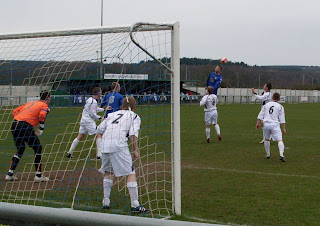 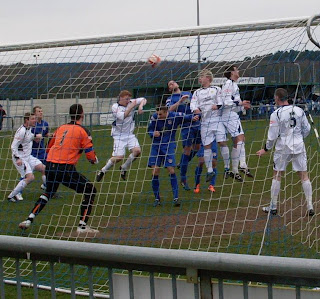 2nd half action
The game was heading for a draw, and I was heading for the exit when Charlesworth failed to intercept a cross, then tried to make up for his error by nudging the ball away with his arm. Referee Alex Harvey once again had no hesitation in awarding the spot kick, that CRAIG MARSHALL fired past Hales with consummate ease.

.
Marshall hammers home the winner from the spot I suppose that, on reflection, Rainworth deserved something out of the game, but individual errors cost them dearly. F-T 1-2
Admission £6
Programme (inc team sheet) £1.50
Attendance 81
Posted by Malc at 18:52