Well, what a day! Arrived at Rolls with plenty of time to spare, but as we were donning coats and generally getting ready for the game, I put Kev's camera on the boot of my car ..... and duly left it there! When we got pitchside, I asked Kev if he was going to take pics of the players shaking hands as usual, and he told me he didn't have the camera!!! He duly made the long march back to the car, but the camera had gone........only 10-15 minutes, but some opportunist had taken possession of a Samsung S760, worth approx £120.00. 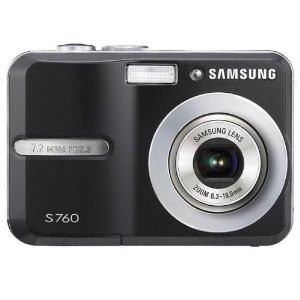 So we resorted to 'phone pics and my old Fuji S3100 which isn't the best camera in the world. Kev did his best bless him and he did manage to get a few decent shots. Also have a video of Kyle McDermott's goal and the Richard Harrison penalty - so not too bad overall. As Kev was on his travels, Rolls Assistant Manager Paul Jordan came to say hello. He knew we were going to be at the game, and promised a donation from the Rolls Management team to the APTCOO charity we are supporting. After the half time break, he came over and slipped a fiver into my hand -- big thanks to Paul and Jez Corthorn. Made losing the camera hurt a little less - and cheered me up no-end! 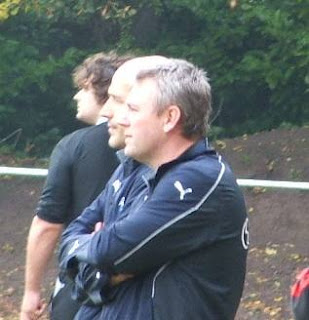 
Only about 30 people were present at kick off time, although that increased to 40+ as the game progressed. Those who were present were treated to a great game of non-league football. Retford looked to get Rolls on the back foot early, and the home team were lucky not to concede in the 7th minute when Simon Hulme made a mess of a clearance and only just steered the ball wide of the post.


Despite the early pressure, Rolls took the lead on 11 when Retford keeper Jason Holberry parried a goal bound effort to BILLY BROOKES who smashed a superb volley into the back of the net. The lead lasted barely five minutes as Retford hit-man DANIEL HOUSE slid home after reaching the ball ahead of onrushing Rolls keeper Neil Waters. Paul Jordan thought that his defender was the wrong side of the striker, but it was a cracking finish all the same. The home team went back in front after 26 minutes had been played, young front man HARRY ALLEN lashing home from the edge of the box after the Retford defence failed to deal with a corner in from the right. The same sort of scenario saw Town level on 36 - this time Rolls failed to clear the corner and when the loose ball was played back to the no. 10 shirt, he made no mistake, giving Waters no chance.


With three minutes to play before the break, Rolls took the lead for the third time! KYLE MCDERMOTT reacted far quicker than the visitors defence and managed to slide the ball home at the far stick. H-T 3-2


Had a wander back to the car during the break, hoping someone would hand over the camera, but no such luck. So, the old Fuji was brought out of retirement. This only has a 16mb memory card, so the image sizes are not very big, and therefore the quality is not up to Kev's usually superb standard.


From the restart, Rolls were awarded a free-kick that Richard Harrison headed well over the bar. There was no need for anyone to head the next free-kick! After Allen was tripped on 49, JONATHAN DAKERS floated the free-kick towards the goal and was as amazed as we were when the ball sailed right into the top corner, leaving Holberry hugging the post! Dakers looked straight at us and said he didn't mean it. Honesty is sometimes so refreshing!! 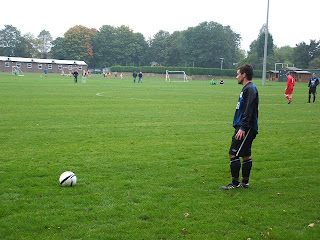 Dakers lines up the free-kick 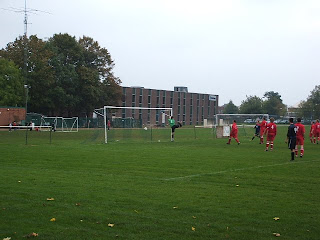 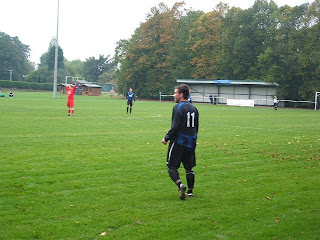 Dakers looks on in amazement !!

Duncan Osbourne had a great chance to add to the Rolls tally in the 55th minute, but he fired well over from a superb Anthony Wallis right wing cross. Waters made a crucial save on 75, keeping out House by hacking the ball away with his legs after the Retford no. 9 found himself one-on-one with the Rolls keeper. The home team were given the chance to make the game safe when McDermott was tripped in the area. RICHARD HARRISON gave Holberry no chance from the spot, and with just five minutes left to play the game was effectively over. F-T 5-2 Admission £1.50 ( inc programme)
H/C 30-40 Very enjoyable game, but we would have been far happier without the camera screw up ..... Next up : Arnold T U19 v Teversal U19 on Monday, followed by Dunkirk v Oadby Town on Tuesday.
Posted by Malc at 18:07