Another pre-season game that failed to inspire!!

The scoreline does not really do Sutton justice. The CML Supreme team held their illustrious visitors until the 74th minute - the introduction of Danny Wood and Ross Hannah making all the difference. 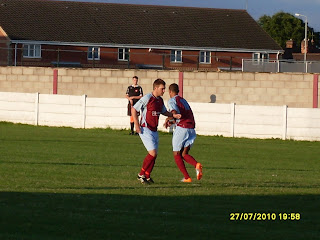 Made the short journey up the M1 to the Fieldings again - this game picked out specifically so we could meet up with good friend and Gladitor devotee Phil Mumby. Good company is Phil, and with Chris and Carole Dalglish also in attendance, a laugh or two are usually guaranteed.


Expected a good turn out for this game, but disappointingly there were only 50-60 present although the car park was full yet again. Every time we go to this venue, parking is an issue. Maybe the £5 entrance fee put people off? I didn't see any hoppers - they will not usually travel if there is no programme issued.. 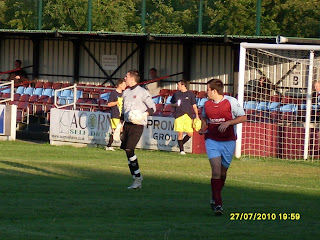 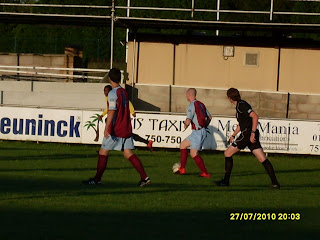 I took no notes for the first quater of the game - trust me, there was nothing to write about. The first real excitement came on 25 when the Matlock no. 9 tried his luck from 20 yards forcing a finger tip save from the Sutton keeper. Knowles should have put the Gladiators ahead seconds later, but he directed his header well wide with the goal at his mercy. H-T 0-0


Stayed goal-less until the 74th minute - a tribute to how well Sutton had defended, but when Danny Woods and Ross Hannah entered the game it was a different story. The first goal was stroked home by Woods after good pressure on the home defence from Hannah and Algar, then a few minutes later, more pressure saw a defender block the ball with his hand, giving the Referee no choice other than point to the spot. Hannah placed the ball carefully, then smacked it with venom past the keeper. I can't remember seeing a ball hit that hard for yonks......the keeper never moved ! Hannah was on the scoresheet again in the 83rd minute, this time cutting in from the left before firing the ball across the keeper and into the net. F-T 0-3
Sutton had defended really well until the introduction of Matlock's big guns, and can take a lot from this game... not too sure what Mark Atkins will gain from this outing though.
Admission £5 - a bit steep for CML Attendance 60+ ? Thursday - Eastwood Tn v Mansfield Tn
A few random pics from the game 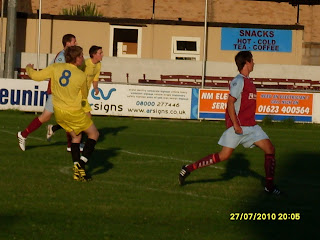 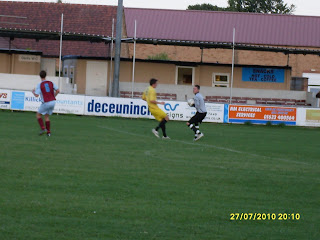 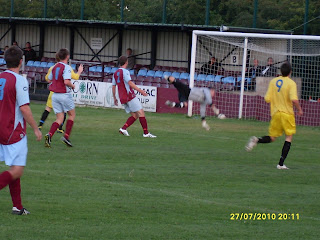 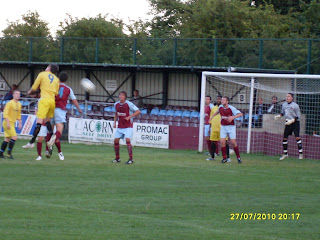 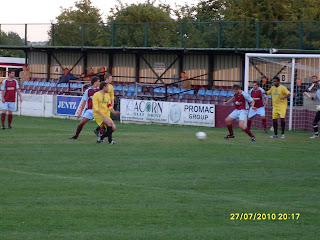 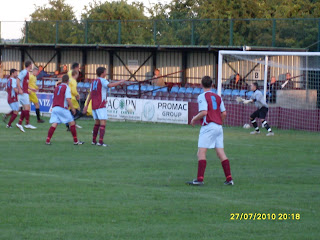 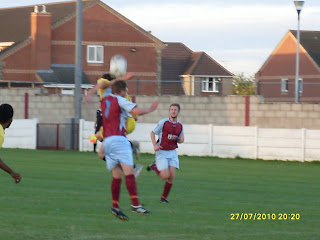 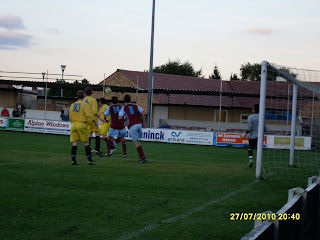