Two of the teams "new" to Evo-Stik Division One South met at Kirklington Road, and they produced 90 minutes of highly entertaining football for the 128 spectators.


We received our usual friendly welcome as we entered the ground, and it was noticable that a few improvements had been made since our last visit - new dugouts and new fencing - add to this a general tidying up of the stands and you have a venue that Rainworth can be proud of. Has a great view of the new wind generators as well!! 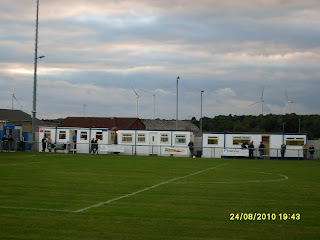 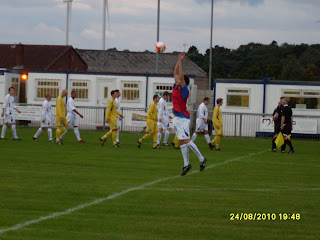 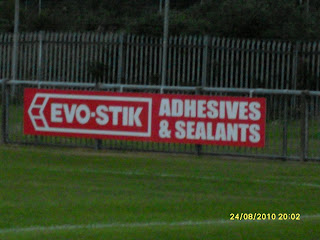 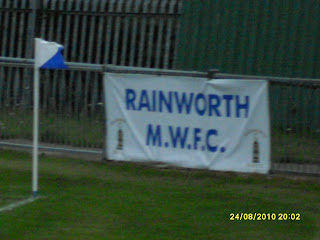 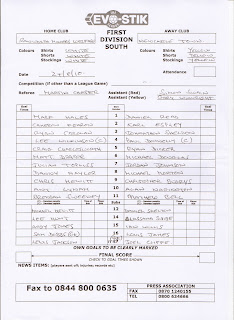 Newcastle are apparently very well funded, and fielded a few ex-football league players. Rainworth, surprisingly, have more or less the same squad that secured promotion last season. The Wrens had a couple of chances early in the game, but Town stopper Dan Read was in great form and two saves from Ant Lynam were top drawer. For Newcastle, Alan Nagington had a go from 20+ yards on 12, and was unlucky to see his shot rebound off the upright with Mark Hales well beaten.


Cameron Fearon slid an effort just wide after neat play by left-back Ryan Carolan, but Newcastle looked a strong powerful team, full of running and their running both on and off the ball was a joy to behold. Really had Kev waxing lyrical !! The visitors went in front in the 25th minute when the Wrens defence failed to clear a corner and JORDAN JOHNSON was given time to line up a drive from the edge of the box that flew past the unsighted Hales before he could react. That has to be the quickest 45 minutes of football that I can remember - the half just flew past! Rainworth player their part, but the Town always had the edge and in Nagington, Bell, Budrys and Johnson they have an attack that will take some stopping this season. H-T 0-1


Much of the same followed in the second period, Newcastle ran the show, and it was only terrific defending by Rainworth that ensured the score remined 0-1. Until the 86th minute that is. Fearon was injured and was receiving treatment leaving the Wrens defence one light. Town took full advantage, playing the ball straight into the box to where LASSANA SIDEBE was on hand to collect and fire past Hales. Harsh on Rainworth, but it appeared that a lack of communication between their physio and the bench meant that Fearon was withdrawn and the intoduction of a replacement was delayed. I suspect that won't happen again! F-T 0-2