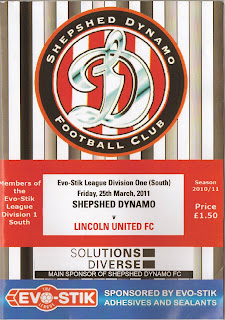 First visit to Leicestershire this season, and we were greeted in the Dovecote with a "welcome to Leicestershire" from our Loughborough Dynamo friends Judith and Barry Wilkins. Kev did the driving, and even though we haven't been to Butthole Lane for a while, his built in auto pilot had us at the ground with 15 minutes to spare. 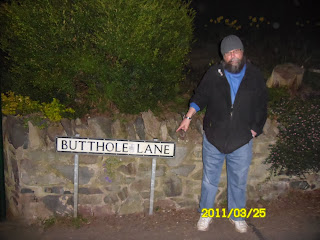 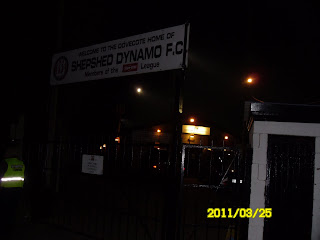 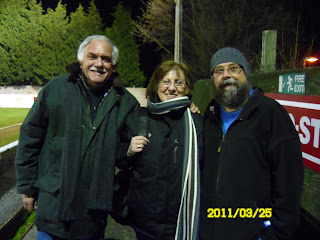 Barry and Judith - what a fantastic couple!
Also in attendance were Brian Dennett and Mr. Mac. These pair get everywhere - you just turn around and there they are!! Mind you, Brian did bring us a cuppa from one side of the ground to where we were sitting on the other side of the ground!! Thanks, Dad!!


Thought the Referee was very, very good tonight, and not only was she good she was very, very pretty. Sian Massey, well done. Such a pity that Messrs Gray and Keys hadn't seen her in action before their infamous rant about female officials - they might still be with Sky Sports......... 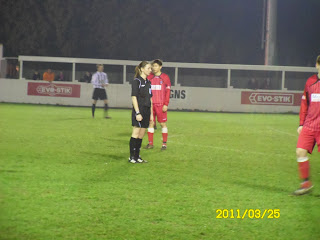 Sian Massey... I am in love for the first time in many years!!


Dynamo had a few familiar faces in their starting eleven - Aiden Brady, Jaylee Hodgson, Ricky Hanson, Ian Screaton are all names from the past. United are managed by former Coventry, Preston and Plymouth old boy Terry Fleming - he played the whole 90 minutes at full back, along side another player well known to me, namely Stuart Reddington. Stuart played over 50 times for Mansfield during season 2001-2002.......
The game itself was a really well fought contest, but United looked the far more composed outfit and after the first goal went in, the final outcome was never really in doubt.
Both the goals were scored in the first half, and both were scored by the same player. The first after 24 saw Scott Coupland fire in a superb ball from the left, finding JACK McGOVERN unmarked in the area - he controlled well before calmly slotting past Gavin Saxby in the Dynamo goal. The second McGOVERN goal was direct from a free kick some 22 yards from goal - the ball was placed so well that Saxby had no chance of saving. H-T 0-2 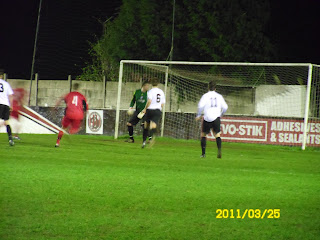 
Shepshed tried to get back into the game second half, but the visiting defenders never looked troubled at all. Having said that, Lincoln didn't really look like scoring again either, so the final 45 minutes were a bit of a stalemate, but at least it gave us time to chat with Judith and Barry, and gave us a chance to learn a little of their 40 years together. F-T 0-2