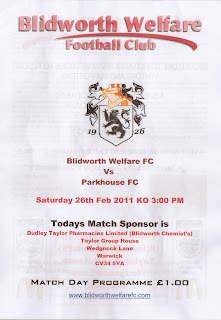 After spending another Saturday morning checking to see what games will still be on after the recent downpours, it seems our game at Blidworth was never in doubt, although the pitch was very heavy and extremely muddy in places. 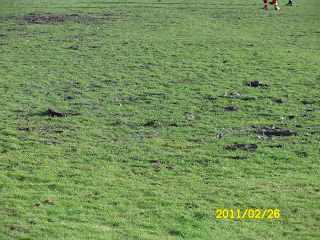 Muddy hell!!! We arrived at the Welfare Ground ten minutes before kick off time and there were only another half a dozen or so other people in attendance. This "swelled" to 40 as the game kicked off, but strangely for us, we hardly knew anyone! 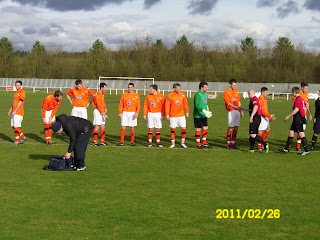 
High flying Welfare started slowly and were made to pay for slack defending early doors. A clearance from Parkhouse keeper Jason Gough somehow made it's way into the area where DANNY GEE found time and space to control and steer the ball between Blidworth keeper Paul Stanhope and his near post. 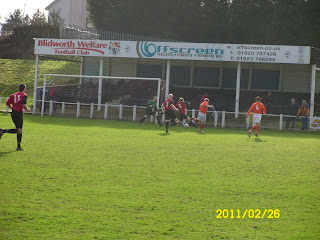 After going behind, Blidworth had most of the play, but failed to take advantage after winning countless corners and free-kicks. Most of their set-piece plays though failed to beat the first man, and Parkhouse defended with more comfort that they probably could have hoped for. H-T 0-1

Took up a position on the grass slope for the second half in an attempt to get out of the biting wind - even though the sun was at times blindingly bright, the temperature was decidedly on the chilly side!
The home team were on terms with just 90 seconds of the second half played, DEAN RICK firing home left footed from the edge of the box after running fully 30 yards and evading two or three challenges. 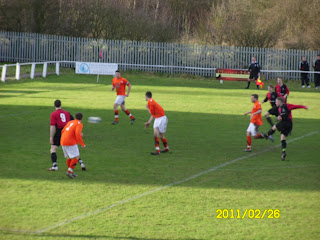 Rick fires home the equaliser
On 66, Parkhouse had a great chance to retake the lead, hitting first the post, then the bar before the ball was hacked off the line. The Blidworth defenders failed to complete the clearance though, and allowed the ball to be played back into the six-yard box where DAVE CHAMBERS was on hand to nod home. 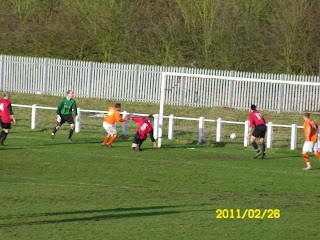 Chambers nods home the winner for Parkgate
Blidworth by now had completely lost their shape and although Carl Haslam tried to inject some venom into the home attack, compared to the Blidworth we have seen on many occasions this season, this was in reality a tame submission to a well organised Parkhouse team. The visitors had the ball in the net again on 80, but Gee was adjudged to have been offside when he knelt to head home a cross from the left. F-T 1-2 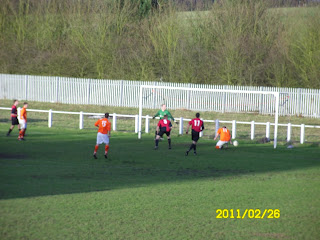 Arguably the worst performance we have seen from the Welfare this season, and a golden chance to close the gap on Pinxton and Parramore - Pinxton's game was called off and Parramore could only manage a draw with Dronfield.

Hoping to see Unity's final home game of the season on Monday - they take on the only team to have bested them this season in Worksop Town ....should be a cracker!
Posted by Malc at 17:59